George Butler, the father of QeS, has passed away.

George’s degree was a BS in Physics from Iona University, but he liked to be known as a Data Analyst.

George was one of the leaders of the computer-oriented school of Pattern Recognition. He was the first to fully develop kernel regression modeling, a technique with which he achieved the second-best result in the International Competition in Pattern Recognition.

His published contributions include the vector field approach to clustering and the practical exploitation of information theory. His unpublished think piece for the layman, “The Bee Game” has received praise from a wide spectrum of readers.

As Allstate’s first Senior Research Associate in its Research and Planning Center (70’s and 80’s) , he conceived and built an approach called “AutoPart” (automatic partitioning of data) The Allstate Insurance Company Investment Department used this application for common stock selection, which led to a fund (according to Forbes magazine) “...totaling $400 million that for nine years bettered the S&P index by an average of 13 points.”

In the 90’s, his focus was the simplification and automation of statistical modeling and scoring for the direct marketing industry, for which he designed the QS technology (Quick Study), now known as QeS.

He conceived of QeS as a way for marketing managers themselves to execute highly robust stage-wise regression modeling without the aid of a statistical staff or high-level statistical training. QeS did it all automatically, as was his dream. He built in automatic data type determination, automatic data transformations, including a brand new Piecewise Linear transformation for a non-parametric distribution

Plus, he conceived and implemented Monte Carlo processing in QeS to split a modeling sample automatically and randomly into up to 999 subsamples, build and validate models on each subset, and “accept” only the recommended modeling predictors that are consistent over the 999 trials, thus avoiding modeling overfit, the curse of most modelers. He said this helped control for “regression to the mean” in the final model by avoiding selecting modelling variables that would overfit the data.

He designed and built a complete utility program (QSelect) to go along with QeS to audit data, sample datasets, transform and recode data, match and merge data, as well as to cluster data (based on a Y target), perform Pearson correlations, and identify any interaction effects in the data aka Mutual Information.

George wanted to truly make modeling a manager-level function. So, he built the software to remember all final data transformations, all modeling equations and key facts about the model build dataset so that when a future model is implemented in QeS, the marketing user will not have to “key in” any equations, subjecting the model to errors. QeS would automatically let the user see any significant deviations in modeling variables, such as data distributions, within the new scoring dataset versus the model build dataset. This analysis warns or assures the user whether the scoring dataset is reliable or not.

He also developed many other marketing tools like ScoreTree to isolate key demographics within a scoring tile, so that the marketer can direct target advertising copy by the demographic node within a tile, thus “talking” to the recipient more directly in copy.

QeS Technology encompasses all of George’s 40+ business years of know-how and he considered it to be the culmination of his life’s work. He always said the strength of QeS was that it was built using real-world, live, client databases and actual sale results. This, he said, “made QeS uniquely able to build targeting models off real-world direct marketing data.”

QeS has been successful in building tens of thousands of marketing models and scoring trillions of records in the 15 years of utilization in the direct marketing industry.

The industry has lost one of its analytical giants.

To state that we will miss him is a gross understatement. 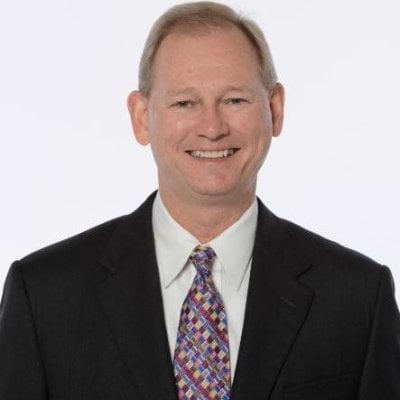 Mike Hail serves as CEO of Data Decisions Group. Previously, he has been CEO, Web Decisions Group, CEO, Yankelovich, CEO, Knowledgebase Marketing. With 41 years of marketing experience on both sides of the desk, Mike acts as the professional listener and interpreter for our client engagements. He focuses on the data and analytical aspects of our solutions.