This is the fifth in a series of findings of Data Decisions Group’s 2022 Medicare Preferences Study. Here, we review brand loyalty metrics for providers of Medicare Supplement coverage.

In three cases among the major providers—Anthem, AARP/UHC, and BCBS—the likelihood to renew with the respective plans is 50% or more. Although represented by a small sample, something seems to be amiss at Centene/Wellcare/Healthnet. The provider at the highest risk among policyholders, with an 47% of members giving a satisfaction rating of 5, average renewal likelihood of 35%, and a Net Promoter Score of 24%.

Data Decisions Group conducted the 2022 Medicare Preferences Study, a large, nationwide study of Medicare Advantage and Medicare Supplement alternatives among 2,324 current Medicare-qualified members and 64-year-olds who will become eligible soon. The online study was fielded between March 28 and April 11, 2022. The margin of error for this study is approximately ± 1.5%.

[1] According to medicarefaq.com, these Plan F premiums can vary widely, depending on state of residence and other factors. The average monthly premium in New York, for example, is about $300 per month. The same coverage in Austin, Texas is about $130 per month. (Medicarefaq.com, March 18, 2022, Average Cost of Medicare Supplement Plans, www.medicarefaq.com) 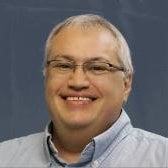